In my opinion Anubias gilletii is one of the most beautiful representatives of its genus. The laminae of this plant have a tribolate structure and are grown up horizontally to the surface on the long (up to 60 cm), graceful petioles. The rhizome is upto 1 cm in a cross section. The petioles are situated on it very closely to each other and are grown up to the light source. This picture looks like a beautiful bunch of cut flowers in vase. Small prickles on the petioles are looked like roses’ prickles. More than that Anubias gilletii has riotous flowering practically during the whole year. On my plant I could observe up to 7 inflorescences at the same time. Like most of the large anubias, the length of the flower stock is substantially smaller as the length of the petioles, so the flower ripens under the canapy. 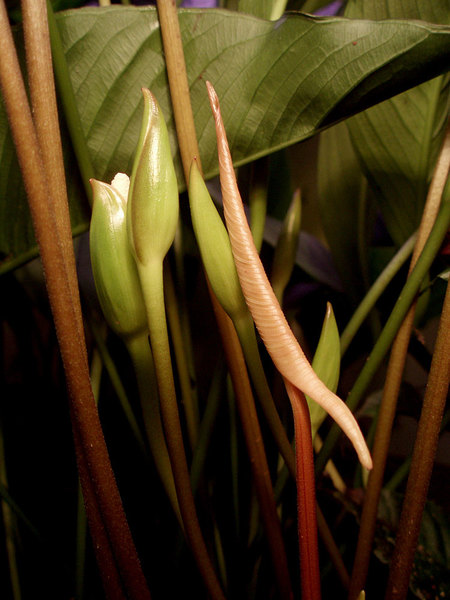 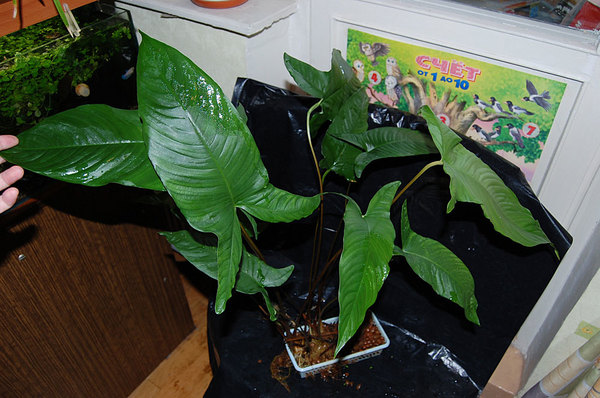 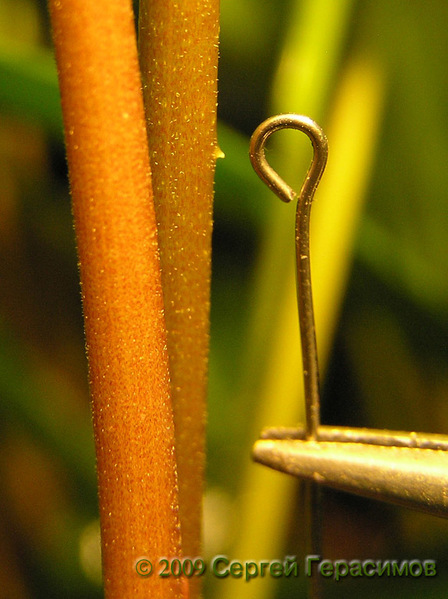 If we looked at Anubias gilletii with the eye of a taxonomist here is also everything quite, calm and beautiful. Perhaps it’s a unique case among large Anubias species , which doesn’t give rise to doubt in a generic denomination. We can find only one species of this plant on the post-Soviet territory, this species I described above. Due to riotous flowering we could get to know the structure of the inflorescence in detail. Particularly the photos which were made by S. Gerasimov show that thekas are situated on synandria’ top (edges), which consist of 3-5 adnate stamens. The same structure of the inflorescence’s male part is described in W. Crusio’s revision. But in our case the quantity of the female flowers is more – up to 60 (in revision 20-30). More than that W. Crusio described that his specimens of Anubias gilletii had stolons. But we haven’t yet seen such laterals of this plant and of other Anubias species too. Though, I think that such differences are insignificant, which we can attribute to the lack of the information, concerning this West African plant. 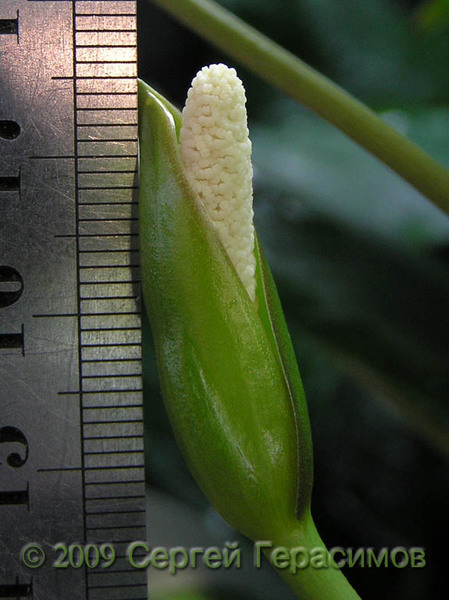 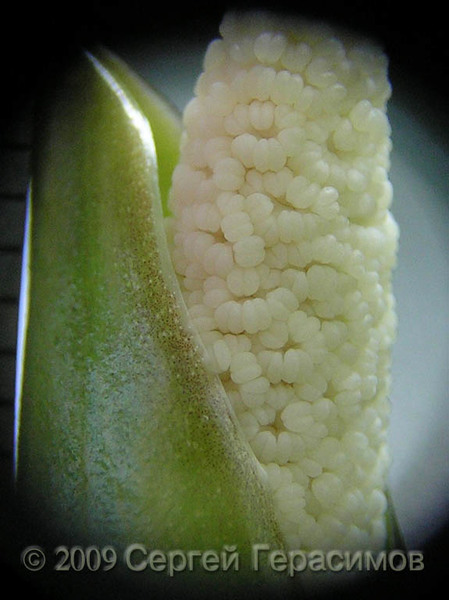 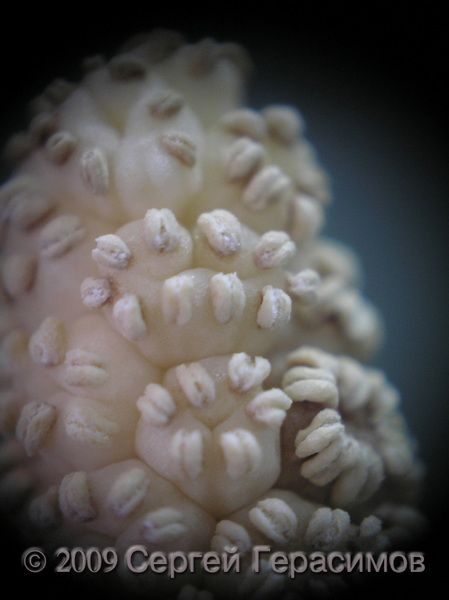 There are not so many negative qualities of Anubias gilletii. For example, the growth in a submersed condition isn’t so good. But we can see some cases, when this plant has been cultivated in aquarium during a year. Besides in spite of the fact, that Anubias gilletii has riotous and regular flowering at home greenhouse, it’s very difficult to achieve the aging of pollen. Due to the high air humidity (about 98%), which is arisen in small aquaria or paludaria; there is the fast rotting and decomposition of the male part cop’s tissue.