- Good morning! I would like to have some fries, some cheese sauce, and a Big Mac with Cryptocoryne, please.

- Sorry, there is not enough Cryptocoryne here ...

- Oh, sorry. Our Cryptocoryne grows in the yard, take it yourself!

Despite the fact that this dialogue is fictitious, the described situation could well have happened in the small town of Kota Tinggi in the Malaysian state of Johor. The fate that had led me to the Malay Peninsula gave me a rare chance - to watch Cryptocoryne plants in their natural habitat, located within the city limits. 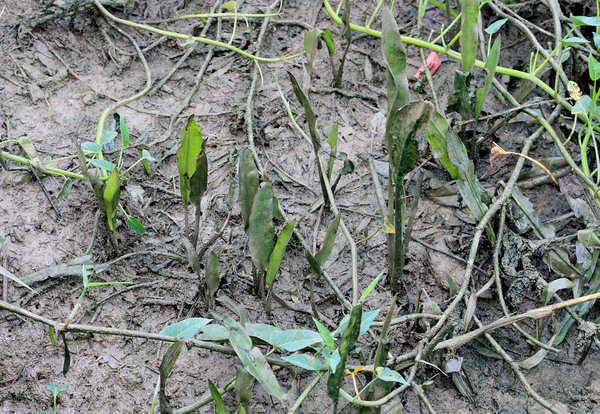 Cryptocoryne ciliata grew just 100 meters away from McDonald's and the city's central square (Fig. 1). In the morning hours, the Sungai Bang River, armoured with granite banks, looked lifeless. Rare pedestrians and a lonely angler who was checking his nets disrupted the quiet life of the provincial town (Fig. 2). Nevertheless, the huge amount of litter, dumped both, on the sidewalks and in the river, made me suppose that every evening this place transformed into a recreation center for the townspeople. 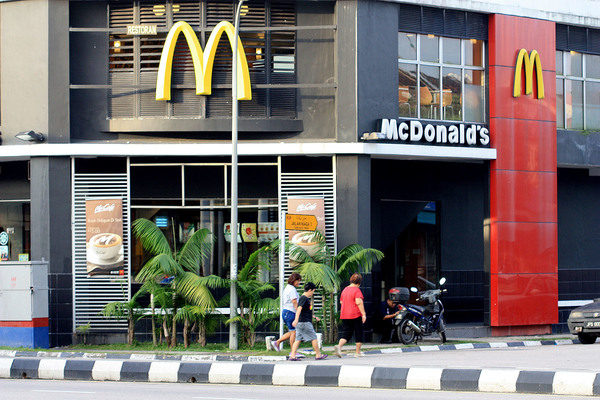 Figure 1. The restaurant of McDonald's in the small city of Kota Tinggi in Malaysia. 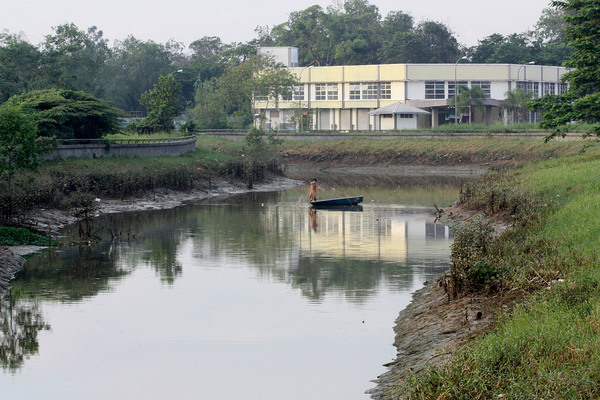 Figure 2. The Sungai Bang in the early morning.

The muddy banks of the river had been overgrown with a dense carpet of common water hyacinth (Eichhornia crassipes), which made the search for Cryptocoryne much more difficult. Besides, Cryptocoryne ciliata had not settled near the water, but at the edges of the granite outlet of the rainwater runoff (Fig. 3). Life had made a mess of them, or, to be more precise, insects or snails (bunches of Ampularia eggs were hanging everywhere) had gnawed the lanceolate leaves of the plant which were reaching with their sharp tops for the sun. 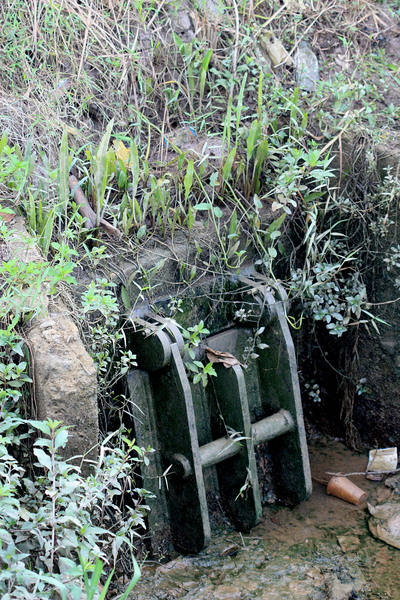 Figure 3. The rainwater runoff braided by Cryptocoryne ciliata on the top.

This find was of great interest to me. The fact is that this Cryptocoryne has two varieties: a diploid one (var. ciliata) and a triploid one (var. latifolia). The latter has been successfully cultivated for several decades in Russia by hobbyists, as well as in botanical gardens. This form reproduces itself with short upright sprouts and blooms very rarely. On the contrary, the Cryptocoryne from Kota Tinggi had inflorescences (Fig. 4) and long stolons (Fig. 5) that braided the stone walls of the rainwater runoff. That made it possible to identify the plant as Cryptocoryne ciliata var. ciliata. 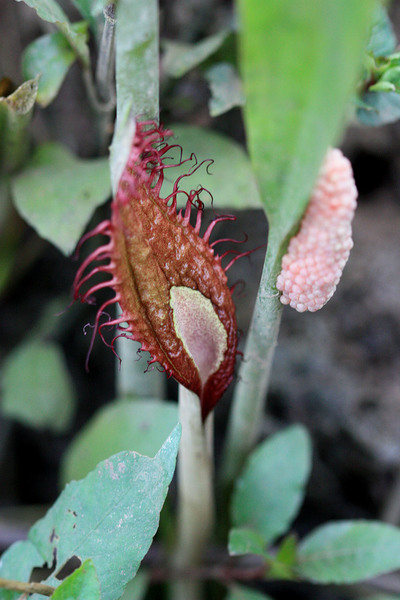 Figure 4. A flowering specimen of Cryptocoryne ciliata var. ciliata. Note to the bunch of Ampularia eggs on the plant’s petiole. 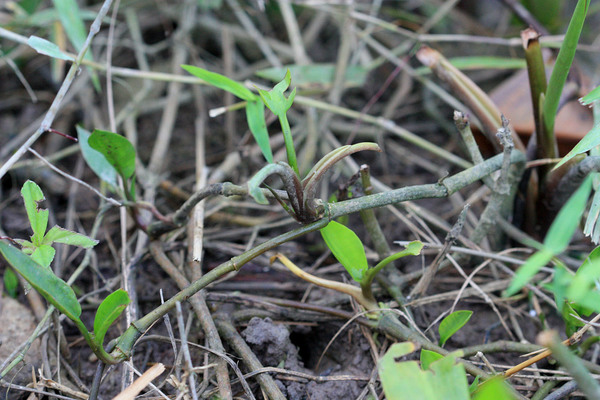 The reddish-brown color of the spatha simulated rotten meat to attract its natural pollinators - flies. And the filaments along the outer contour of the limb resembled the sun rays, which were making their way through the haze of wispy clouds that morning.

On the way to my car, I walked again past McDonald's and then along an alley with palm trees, the orange-red fruits of which emphasized my rising mood and optimism. I was sure that day would give me more amazing discoveries and unforgettable impressions.

P.S. Several years ago, I naively believed that Cryptocoryne plants and many other aquatic tropical plants could be found in almost every town of the equatorial zone. "Surely they grow in every roadside ditch," I thought. In reality, this is not the case. Most amphibious plants are very sensitive to both mechanical damage and changes in environmental parameters, so watching them in urban areas is a great success. Probably, in this case with Cryptocoryne ciliata, the high adaptive qualities of this plant (and a bit of luck, of course) helped it spread and survive. After all, Cryptocoryne ciliata has the largest habitat within its genus, which extends from India to Papua New Guinea, and some populations are located even in the brackish waters of river estuaries along with mangroves.