The Pacific blue-eye (Pseudomugil signifier) is a species of the subfamily Pseudomugilinae. It is one of the most underestimated species of this family among aquarists. For example popondetta attracts the attention of fans with bright yellow fins, and iriaterinas has unusual braids and body shape, meanwhile the pseudomugil signifer can only rely on the color of the eyes and the interesting colors of the fins in males, which appears after many months of home maintenance. It is clear that with such background data, even considering the low price of these fish, this blue-eye species is familiar to a very narrow circle of hobbyists. Nevertheless, the idea of an article about this wonderful species came to my mind, but the lack of decent photos in our archives, and the busyness did not allow the idea turn into a paper. 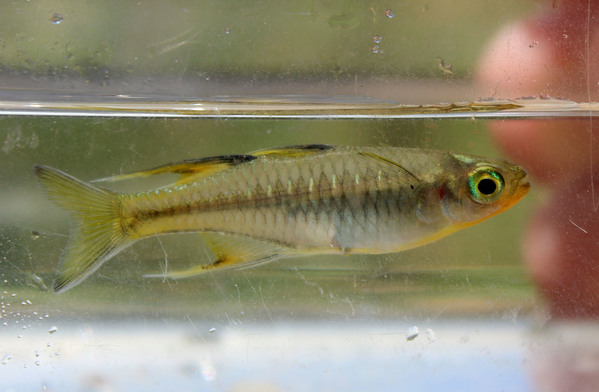 But after we have been lucky enough to observe this species in nature, take many photos and even videos of pseudomugils Australian biotopes, all doubts were in the past. The species was first described by Rudolf Kner, an Austrian zoologist, in 1866. The specific name of the fish can be translated from Latin as carrying lights! Very romantic.

After have visiting the North of the Cape York Peninsula and swimming on the Great Barrier Reef, we started studying South from the city of Cairns. We decided to drive at least 50 km from the city and try our luck in the first river we liked. To our surprise, already in the first river with the telling name of Fishery creek, located about 40 km from the city, we found pseudomugils signifer in a very picturesque biotope (pH = 7.27, TDS = 21 ppm). There were a lot of pseudomugils there, having gathered on the offered bait, they appeared in all their beauty. To be honest, I did not expect that they would be so beautiful, and their size was impressive! It did not go to any comparison with aquarium samples, rarely exceeding the length of 3-4 cm. Large males reached a length of 5-6 cm, and were distinguished by elegant fins with long braids here. I even began to doubt whether this is the kind, which is real so they showed too beautiful color and were similar to the Celebes rainbowfish (Marosatherina ladigesi or Telmatherina ladigesi). But this kind does not live in Australia. Since I kept these fish in home aquarium, I knew perfectly well what pseudomugils looked like and did not expect that this fish would make such a strong impression in the biotope. 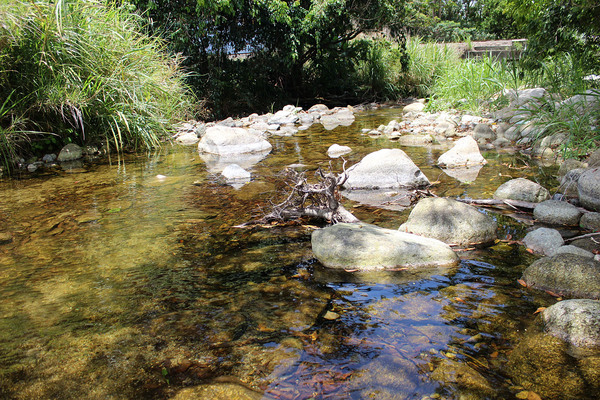 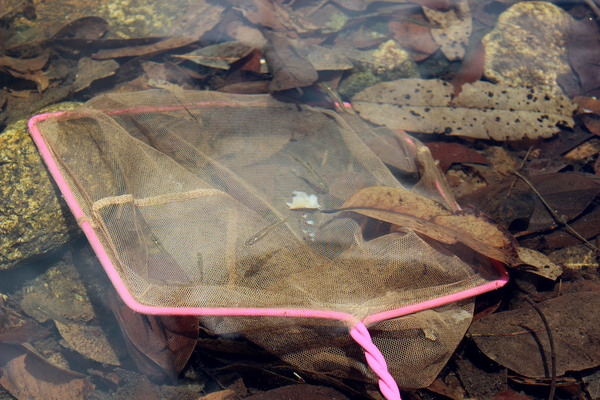 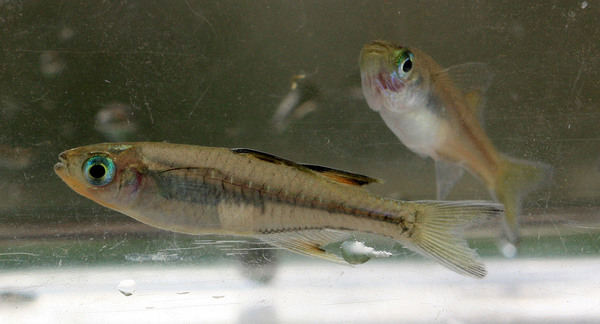 Here the regularity of photo hunting was disrupted by excessively active macrobrachiums (Macrobrachium sp.) as in almost all previous rivers and streams. These large shrimps crawled out from under the rocks and leaves and headed for the bait much more actively than the pseudomugils, who cautiously grabbed bread crumbs.

We went further South after enjoying these picturesque place. The next place that attracted our attention was the wider but not deep river. The water was slightly more acidic (pH = 6.9, TDS = 12 ppm) than in the previous biotope. In addition to pseudomugils a group of catfishes who have taken refuge in the shade of the bridge attracted our attention. While fishing we saw a rather large eel (Anguilla sp.) swimming along the flow. We met eels in Australia many times. Sometimes they lived in such puddles where it was impossible to expect the presence of such creatures. There were also large numbers of rainbowfishes (Melanotaenia sp.), and the males were even larger and more beautiful. Have a look. 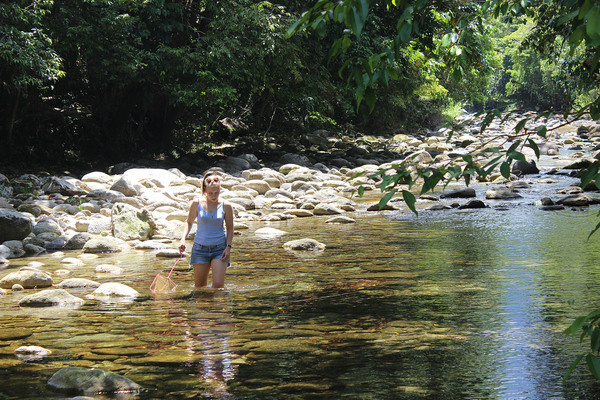 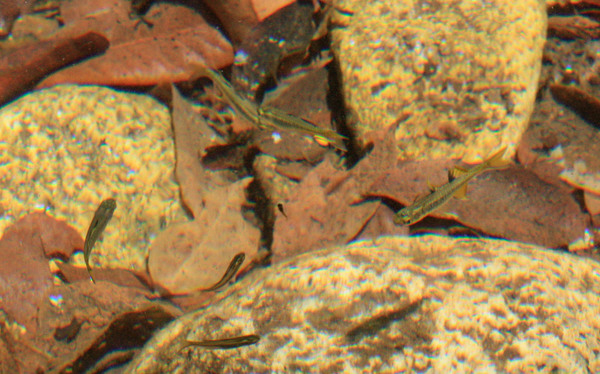 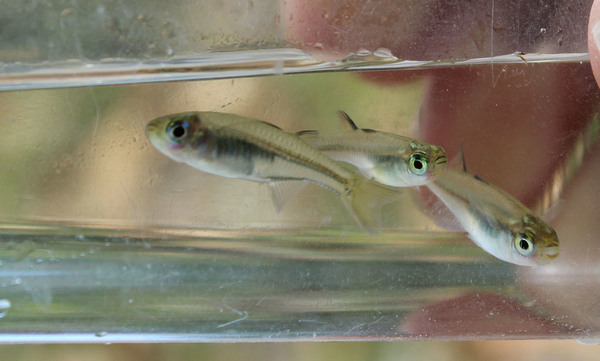 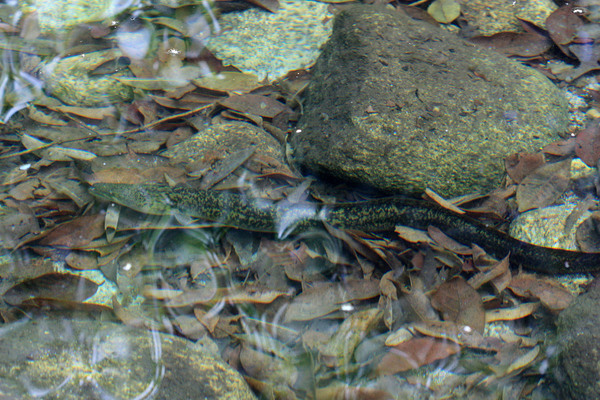 The last place we found this species was a beautiful local Park called Babinda Boulders, which is located about 50 km South of Cairns. The place was very picturesque, the locals were swimming in the river and a small bird was hunting after our blue eyes. However, this did not prevent us from successfully hunting here. The values of the hydrochemical parameters were practically identical to those in the previous place (pH = 6.94, TDS = 12 ppm). Long shoots with dense and pleasant to touch leaves of Hoya (Hoya sp.) above were drooping gracefully. Cyperus (Cyperus sp.) grew on the shore surrounded by large stones. The sun was so hot in the middle of the day that we didn't spend much time there. We just had to visit the nearest waterfall (Josephine falls) and go home. 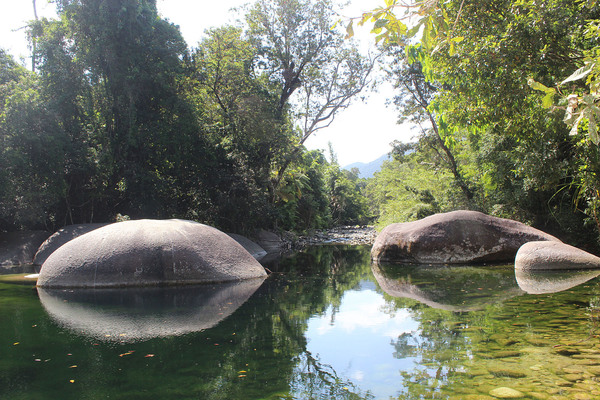 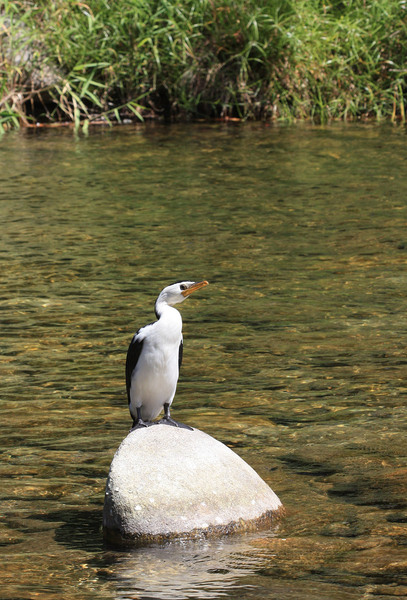 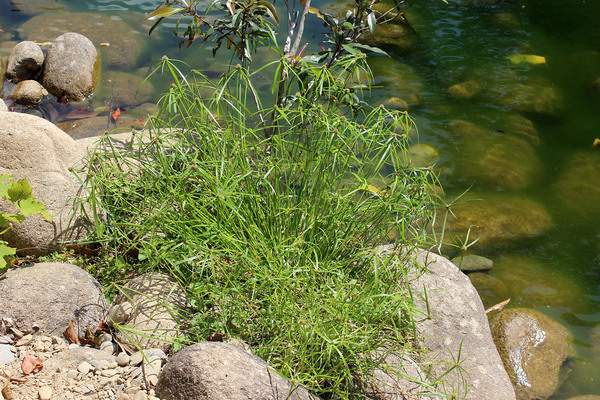 By the time we reached the waterfall, the sun was already setting, so there was almost no time for ichthyological research. But luck smiled on us again (in General in Australia the life is easier and one is smiles and breathes with pleasure) and in a small stream we caught small rainbowfishes. They turned out to be fish of the rainbow family, but of a different genus - Cairnsichthys rhombosomoides. The generic name is derived from the name of the nearby large city of Cairns and the well-known Greek word ichthys, which means fish. It’s interesting that the first time these fish were caught and described in 1921 in Babinda Creek, very close to where we were. These fish grow up to 8 cm and are known only to people who are very enthusiastic about rainbows. They have a very small habitat and are quite difficult to maintain. They are requiring conditions similar to natural ones – strong currents with backwaters for recreation, high oxygen content and clean water. The water in the stream was slightly acidic pH = 6.6, TDS = 11. Males are colored interestingly but not brightly and have only red shades on the anal and dorsal fins. 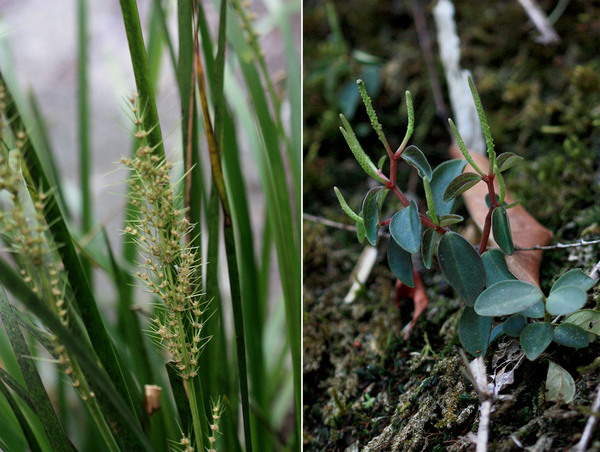 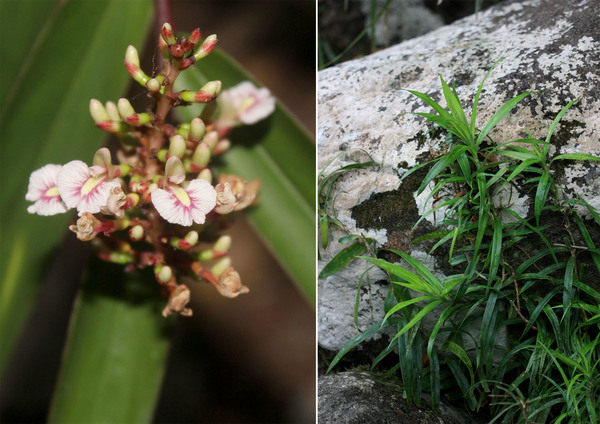 Getting up early the next morning we decided to drive once again to the first river with pseudomugils and make an underwater video of the biotope of these wonderful creatures. The last thing was to return the car and go to the airport. I was happy and at the same time a little sad that it was time to leave this amazing mainland country.

Unfortunately, Pseudomugil signifer undeservedly was left without proper attention among aquarists as mentioned earlier. I really want to believe that after realizing how this fish look in their natural habitat, our readers will also have a desire to try themselves as the owner of these interesting blue-eyes.